The store will not work correctly in the case when cookies are disabled.
Doctored Locks Hair Extension Store 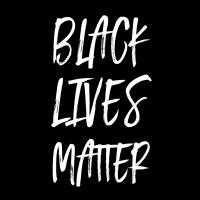 There are times in your life that fundamentally change you.  As many of you know, I am normally incredibly vocal about inequality.  The murder of George Floyd broke me.  Watching someone unable to breathe, not able to fight back as their life is snuffed out before your eyes - and knowing there were others there that could have stopped it - I just have no words.

We all bring our own lenses to our worldview.  During the height of the #metoo movement, I was surrounded by men who were completely baffled that other men could be such huge sleazeballs.  I tried to explain that you can’t see what happens when “good men” aren’t there - but it doesn’t mean that these injustices AREN’T HAPPENING.

Just like the “good men” that I spoke to about the #metoo movement, I realized that I hadn’t fully understood the issue of just how far-reaching inequality is - despite my best efforts to be “good.”

“People that stand for equality and justice need to understand the issue on an empathetic level.  It is not enough to recognize the problem.  It needs to be called out in the minutiae of everyday life AND addressed in a tangible way - and you can’t do that until you can SEE the problem clearly.”

It is heartbreaking that it took this long, and these injustices for those voices to finally be heard.

Late Night with Seth Meyers gave Amber Ruffin (one of their head writers and my favorite comedian) the entire monologue for a week.  Only it wasn’t a comedy.  It was Amber recalling stories about her interactions with police.  From having a gun drawn on her when she accidentally skipped (literally skipped) down the wrong alley, or being accused of being a prostitute because she was dressed in a velvet dress and was in a car with a white man.  And the stories kept coming.

When I heard Michal Che (one of the head writers on Saturday Night Live) say that he couldn’t remember a time when he called 911 because he never thought that was a service that was for him, it made me wonder what that would be like.  What would it be like to be in a situation where you needed help, but there was no one to call?

...and the stories kept coming.

“I have never felt so unprepared for a fight.  My protective mama bear instincts going into overdrive with every new account of everyday injustice, but not knowing where to direct my punches because it's literally everywhere.”>

What I have learned from sitting in this anger and frustration is that it is not enough to simply be non-racist, but we must lead by becoming activelyanti-racist.  This week we met with our entire team to decide how to become proactively anti-racist.  This is a work in progress, but the first thing that we must do is let you know how we feel.

No matter who YOU are, whether you are POC or LGBTQ, we are not just your ally.  We believe in your inherent right to become the best expression of yourself and we will not tolerate any individual, group, or business that does not also support YOU to the fullest.  We commit to exposing injustices, no matter how small and working towards real change.  Words without action are meaningless.

If you believe or support white supremacy or a militant uprising against minorities, you are not welcome here.

Doctored Locks is a safe zone and will remain a safe haven for all self-expression.

From my heart and from every single person on my team, we give you our mama bear promise of protection.

YOU are welcome here, YOU are loved and we will fight for YOU.

Search The Blog
Categories
Tags were not found
Contact Us